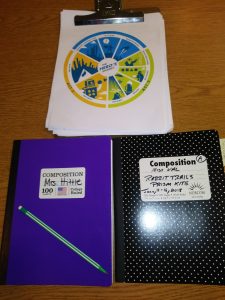 What is Story Camp?

Story Camp is a week-long VBS-style storycrafting adventure for elementary-aged kids. This is our fifth year! Each day includes storytelling games, a readaloud, snacks, some writing exercises, and time for the kids to write their own stories. 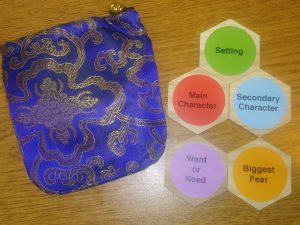 Our first year was a blast, as campers traveled the magical world of Roverandom together and learned about storycraft concepts such as setting, character, and plot. Our second year we build an entire Story Town together. In our third year we used puzzle pieces to find connections between our characters and their world and motivations. Last year Henry and the Chalk Dragon guided our creative adventures.

This year we expanded it to TWO weeks of Story Camp: June 11-15 and June 25-29. Below is a short story I penned in honor of Story Camp’s fifth anniversary.

There and Back Again
by Prism Kite

Once upon a time there was a homemade and slightly weather-worn patchwork kite named Prism Kite. It was a modest Delta kite, but it did rather enjoy daydreaming of flying windward someday. Time passed, then one day it was packed up along with a few of the other kites for a trip to the park.

The other kites went up first. The youngest child was mentored on how to launch and wield the string. Then one of the adults double-checked that the cross-sticks were properly attached to both sides, as well as snugly tucked into the top nose bag and the spine tunnel.

Shortly afterwards, Prism Kite was launched, only to fall or spin back to the ground. Suddenly a great wind blew and the patchwork kite flew up and up. Higher and higher. Swirling, twirling drifting and gliding upon the air currents. The view of the park and the sky shifted as though the kite was stationary and the world around it was pushed helter-skelter by the wind.

A blast of strong wind blew and carried Prism Kite higher than even the box and diamond kites. The clouds darkened and the wind became more erratic and stronger. The string handle jerked out of the child’s hands and the line slackened. Prism Kite soared and spun out of control, tossed hither and yonder by the storm.

Lightning flashed, thunder boom-boomed and rain ripped through the kite’s fragile fabric. Dizzy, exhausted and drenched, Prism Kite crashed-landed into the spiky, hard branches of a tree. The storm raged on, the cold rain poured down and the thunder boom-boomed on who knew how long.

Prism Kite rested, for it couldn’t move. Its sticks were broken and its string was entangled among the branches and around itself. Nothing could be done for quite a few nights and days.

A warm, bright day brought some tree-climbing children Prism Kite’s way. Upon discovering the mangled patchwork kite, they cut its string and dropped string, ripped fabric and broken sticks to the ground. Once finished with their play, the tree climbers took all the kite’s makeshift parts home to their father, a book maker.

The book maker listened to his children’s odd tale and asked for the mangled kite. They gave it to him. The young tree climbers had nearly forgotten the whole matter until they discovered little journals with each of their names on them sitting on the table. Each small book was hardbound with Prism Kite’s fabric and hand stitched together with its string.

The Tree Climbers Club joined the Bubble Hunters in many exciting adventures, the tales of which were written in their patchwork journals. 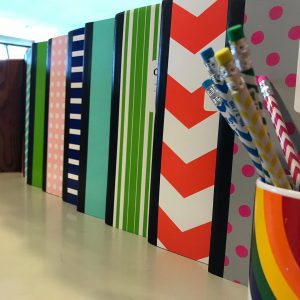 The last line was a running gag from a storytelling game from Story Camp this year. This short story is dedicated to Madam Sidler aka Mrs. Hittle and all of our Campers from the last five years!

My dear friend Mrs. Laure Hittle is the mastermind behind Story Camp and the head librarian at Clearwater Church Library. I’m her willing minion in plotting for Story Camp and... 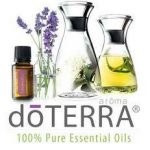 Tired of the huffy puffy grrrness of Us vs. Them? God didn't say loving our neighbors and enemies was optional. Nor are we to violate ours and other's convictions, beliefs and sense of self. So how do we overcome the disagreements and wrongness in life the right way? A Dream, a Hope and a Prayer A … END_OF_DOCUMENT_TOKEN_TO_BE_REPLACED